I need to give special thanks to smurfier, who has been a huge help to me this cycle. Among many other things, he's contributed his latest features from LuaCalendar, and he's tightened up some of my code considerably. If you like what you see in Enigma 4, be sure to thank him.

I've decided to jump on the Chrome bandwagon and simplify my version numbering. The next stable update will be Enigma 4. After that will be 5, 6, 7, etc. If I need to do patches, they'll still use decimals (e.g. 4.1, 4.2).

Finally, for those who are interested, the Enigma source code is now being hosted on GitHub. So if you want to see, test, and give feedback on new features before the beta, you can "Watch" the project page on GitHub and follow Enigma's development in real time. :)

Whew, where to begin. One of the big changes is Enigma now uses WOEIDs for the Weather and World clock skins, rather than the old Weather.com location codes. In addition, thanks to Yahoo's Location Finder API and a clever new addon by JSMorley, you can now search for and set your weather codes entirely from within Enigma.

On the urging of many users, I've restored the traditional variants behavior, so instead of figuring out how to double-click on the right spot, you can just right-click and select a variant like you did before.

To go along with this, all skins now have a subtle shadow that appears on mouseover, which will make dragging and placing your skins easier and more intuitive.

I've added a handful of new skins, including:

- Process, which monitors your top Windows process according to CPU usage. I've been wanting to add this for a long time, and now that dynamic variables have been enabled for most plugins, it's a reality.

- A Volume variant for the Sidebar.

- Additional Reader variants for the Taskbar.

Taskbar skins now automatically resize according to their contents. You can specify the minimum and maximum widths in Options. ("Icon Right" variants are excluded from this behavior, so that right-aligned skins don't move around by themselves.)

Some new features to existing skins:

- Music now has Shuffle and Repeat buttons, which light up when enabled. This is limited by the NowPlaying plugin's media player support, of course.
- Gallery now lets you set the current image as your wallpaper.

Choosing your Options is now easier in several ways:

- You can now enter your Gmail account name with or without "@gmail.com."
- You can paste your Google Calendar feed as either "/basic" or "/full".
- Instead of resetting the default values for an entire tab, you can now right-click any individual option to restore the default. A confirmation dialog will let you cancel the reset.

The Calendar skin now allows you to show holidays and events from any number of event files. They are formatted as .XML files, which you can easily edit yourself. In addition, the Google Calendar skins now have the option of automatically writing your next few appointments to an event file, so you can see your day's agenda as a tooltip in Calendar.

I've changed the rotating Reader and Notes skins to make it extremely easy to add new tabs. All you have to do now is change a number, and add your new feed URL or notes file. Each skin supports up to 8 tabs.

Finally, the update checker in Options has been enhanced dramatically:

If you don't want to check for updates manually, you can also subscribe to the update RSS feed at http://kaelri.github.com/Enigma/update/version.xml.

This is only a sample of the changes, fixes and updates that have been made for Enigma 4. A complete changelog is below.

Barring the discovery of any major bugs or problems, the current plan is to release Enigma 4 on August 1st, one week from today.

All feedback, comments, questions and complaints are welcome. :)
Top

I was droolling just from the screenshots. You keep finding that next level when I think there isn't one. Now just give me 5 months to try to understand what you have done.

Inactive, due to life changes. Send me a PM for any question.

i found a little bug. the world sidebar skin shows some funny letters.

KreAch3R wrote:I was droolling just from the screenshots. You keep finding that next level when I think there isn't one. Now just give me 5 months to try to understand what you have done. :D

i found a little bug. the world sidebar skin shows some funny letters.

I see it too. My search-and-replace program likes to do that sometimes. Will fix for the next beta. Thanks for reporting!
Top

This beta fixes a character encoding issue in World, and a problem with some user settings not being kept when installing over an existing version of Enigma.

It also adds some experimental new capabilities to the "Run" skin, courtesy of smurfier. After installing, you will find a new file in your User folder (@Resources\User), called Run.cfg.

You can use this file to define your own custom command shortcuts for the "Run" skin. The commands are written as bangs, so they can be chained using [!Bang1][!Bang2][!Bang3].... Then, just type the shortcut in the Run skin to execute the command.

There are also three built-in shortcuts.

- Typing search before a command will do a search in your primary Enigma search engine.
- Typing web allows you to type a shorthand web address, e.g. web google to open "http://www.google.com", or web rainmeter.net for "http://www.rainmeter.net".
- Typing options will open the Enigma Options skin. Adding a second parameter - e.g. options music - will open the named panel.

These features may not be kept in the final version, though of course your feedback will make a difference. :)
Top 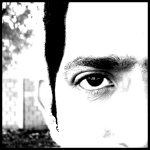 Awesome Theme!
However, the system widget is only showing 1 HDD. I changed the correct driver letters and only 1 drive is shown nonetheless.

You've done a great work with this theme.
Thank you.

xankazo wrote:Awesome Theme!
However, the system widget is only showing 1 HDD. I changed the correct driver letters and only 1 drive is shown nonetheless.

You've done a great work with this theme.
Thank you.
:thumbup:

If you're talking about the System skin in the Sidebar, that's intentional. There are additional skins available if you have more drives than one (under Taskbar\System\Drive).

Thanks for testing. :)
Top

I'm having an issue with the gallery skin in enigma.

Sometimes the image will display with no issues, but on occasion it is just black space. On mouseover it will show the name of the image preceeded by ._

so ._image1 instead of the actual filename, image1

as far as i can tell it is random, sometimes it will display an image, sometimes the same image will have this issue.

Currently running windows 7 64-bit, rainmeter 2.4 beta and enigma 4 beta. I just updated from rainmeter 2.3 and enigma 3.1 and was having the issue with those too.

Edit: turns out I had a bunch of hidden files in the folder the pictures were in that were causing the issue.
Last edited by RoboticRooster on August 5th, 2012, 3:36 am, edited 1 time in total.
Top

Unbenannt.JPG
Using Rainmeter 2.4.0 beta r1578 64-bit and Enigma 4 beta 2
You do not have the required permissions to view the files attached to this post.
Top
95 posts