RSS, ATOM and other feeds, GMail, Stocks, any information retrieved from the internet
10 posts • Page 1 of 1 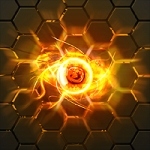 Hey everyone,
Just wanted to spread the word about my latest release. I've combined new releases of my Steam skins into a package that's now available on Customize.org and deviantART. Included is the release version of my Steam Specials skin, and the premiere of my brand new Price Tracker skin. They're meant to fit with the illustro theme, but more flexible versions are on the way.

Like it says, any and all feedback is much appreciated.

From my point of view, it would be prettier with the steam logo above

Why not. Or centred above the title line with your border around.
Newspaper Desktop [Link]

Steam prices show $, I'm in the UK, how do I get the £ prices I see in steam?
"Regrettably your planet is one of those scheduled for demolition"
Mike

Well afaik there is no pounds option on the site I get the info from, so the easiest way would probably just be to do a simple calculation and convert it, as finding a different website that lists them in pounds and then rewriting the parser and all the measures would be a very tedious task.

The problem is that I doubt Steam sells all games in the UK for the converted USD value especially since they round to .99, but even then I doubt they simply round the conversion (I haven't checked tho). If that is the case with very many games, then the new site tracking Steam UK would be the only accurate way I know of. I've looked around a bit (not a whole lot) but can't find a site that shows the sales and stuff in pounds. If you can find one, feel free to convert the skin, and I will include it in my next release (with credit ofc), or send me the link and I'll do it when I have some free time, which isn't much right now with studying. Also, for some reason, the skins wouldn't get the info from the official Steam US site, which is why I use an alternate tracker, but Steam UK may be different (doubtful tho).
Sorry its not simpler.

In my browser and everything in in Sterling, £29.99 or whatever. No obvious .uk or similar that I can see...

"Regrettably your planet is one of those scheduled for demolition"
Mike

Yeah, it's apparently detecting your region. But I don't think using the official steam site will work. We'll have to find a third party site who tracks it.

Found a way to display pounds. Simply add ?cc=uk to the end of the url line in the variables section. So the entire line should be:

That's a universal tag, so other regions may work as well if you know the tag.

I found that .de also works, but that currency doesn't work with the parser for some reason. I'll fix it in a later version hopefully. Haven't tried other currencies.

Thats the only difference between the german and all the other sites.