Share and get help with Plugins and Addons
30 posts 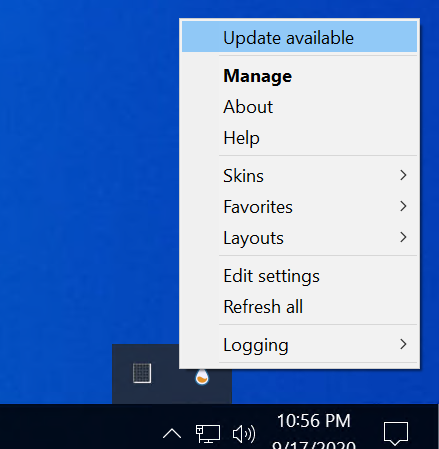 You do not have the required permissions to view the files attached to this post.
Last edited by Alex88 on December 10th, 2020, 1:54 am, edited 1 time in total.
• Current Desktop •
Top

My guess is probably not, similar to how I don't think it's possible to have multiple instances of the normal Windows toolbars. There might be a way to get multiple instances of the service to run but I don't know much in that direction. I haven't tried too much but I also believe only specifically Taskbar.ini can be read and loaded, so the best bet is to condense the multiple skins you are thinking of into Taskbar.ini.
• Current Desktop •
Top
30 posts