Discuss the use of Lua in Script measures.
3 posts • Page 1 of 1 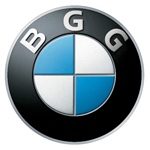 Does Require work within Rainmeter? I want to modularize some functions and ideally employ some form of polymorphism, but this task is largely impossible without "Require."

So, for instance I have my main file

and my file that I want to have access to WriteThis() and run it on initialization...

This should in theory work, but it always errors out saying that "require" is a nil value. I've tried "Require" as well to no avail. I have also tried changing the parameter of require to the full path with extension, just in case.

I'll assume that meant doesn't. Unfortunate. I think I can work around it a bit with measures, but it's a little messier than I had initially planned.