Newest desktop.
It's the best one I've done so far in my opinion.
It blends the best.
Took the most work too.
Top

Looks good, but you can't beat the original. 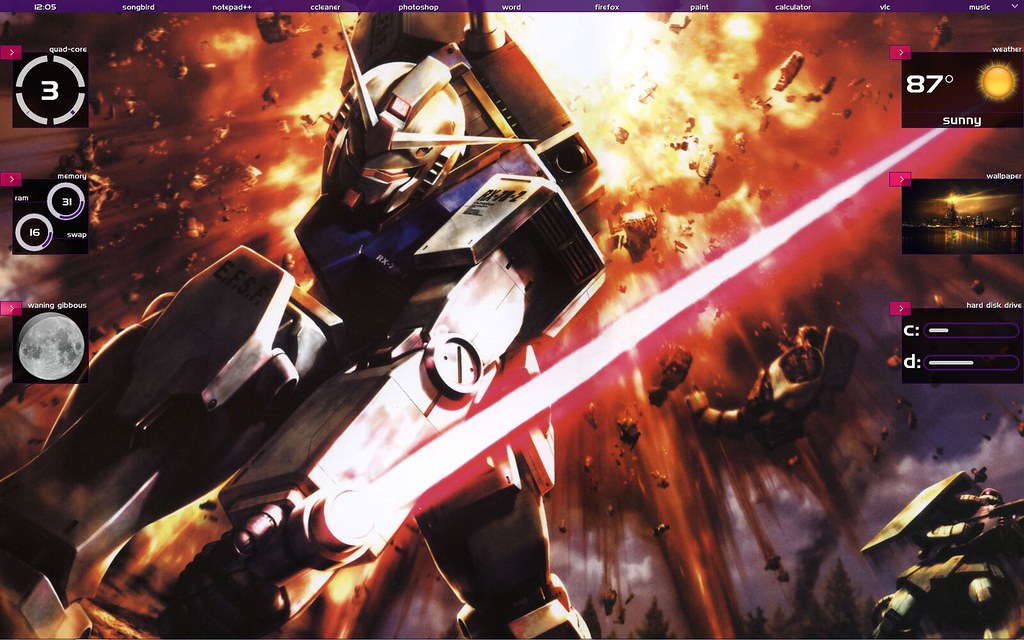 awsum work skreenname,nd tht original is kool but its so outdated XD-not much waring to be done
[img]http://i780.photobucket.com/albums/yy88/st8ovmiind/2.jpg[/img]
Top

Hey which gundam is that in the first post?
I looks alot like the Gundam 00 but not quite sure. I am no expert sorry!
Top
5 posts • Page 1 of 1