Post reviews, recommendations and questions about other software.
4 posts • Page 1 of 1

does someone knows a generator, to design a frame like this?

Not exactly the same, but I want to try it by myself and I don't know the handling of Gimp oder Photoshop.

I know some round corner generators, which I use, but not with such a beautiful glass effect. 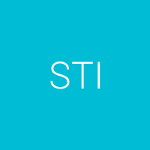 I don't think there's such thing as a generator that can make borders like that. Personally, I think it'd be easier to just make one in GIMP. I could teach you how to make a simple frame if you really want to.

And from there, I could try a shiny one like your example.

I think so too... but my hope never dies

First of all I'll try it by myself. There're a lot of "Howto's" about it and I don't believe, that it's very much difficult. But complex for several size. A generator would be faster.

Actually to achieve effects like this it's much easier to do in a vector graphics editor like Inkscape or Adobe Illustrator. I guess Photoshop can do vector stuff too, if you have that. In these kinds of editors you can easily define shapes with only a few control points and then put gradients on them. That's almost all you need to achieve that kind of effect.

Perhaps this tutorial might give you an idea of what you would have to do in Inkscape to achieve a similar effect: http://showmedo.com/videotutorials/video?fromSeriesID=132&name=1320000
Have more fun creating skins with Sublime Text 2 and the Rainmeter Package!
Top
4 posts • Page 1 of 1