Report bugs with the Rainmeter application and suggest features.
28 posts

I would love to see a version of Rainmeter or something alike running on Android. Since I only own rooted devices anyway that would not be an issue and if someone would actually do the effort of programming something like this I would greatly appreciate it. I don't see why one shouldn't at least try and I think there would be quite a lot of people who would like to see Rainmeter on their Android Phones.
Top

Great, just what we need, another Java hero. If there's anything I've learned about Java, it's that it does a lot of things, and none of them very well, except maybe rock the BUI, Butt Ulgy Interface. It's got that down pat

moshi wrote:there are many Rainmeter skins that aren't really useful, so let's add another one.

jsmorley wrote:I have good news and bad news.
First the bad news. [...] We would be happy to have this happen and would love to work with anyone who is feeling ambitious.
Now the good news.
I lied, there isn't any good news...

Hi! I have a rooted device and I wanna test some skins on my phone! grat idea!
Top

Hi, I make a simple Rainmeter apk for android, it is an Android Launcher, it can load Rainmeter skin.ini and display String and Time now, I will add more function, anyone want me to continue develop it ?

Rainmeter on my android phone screenshort: 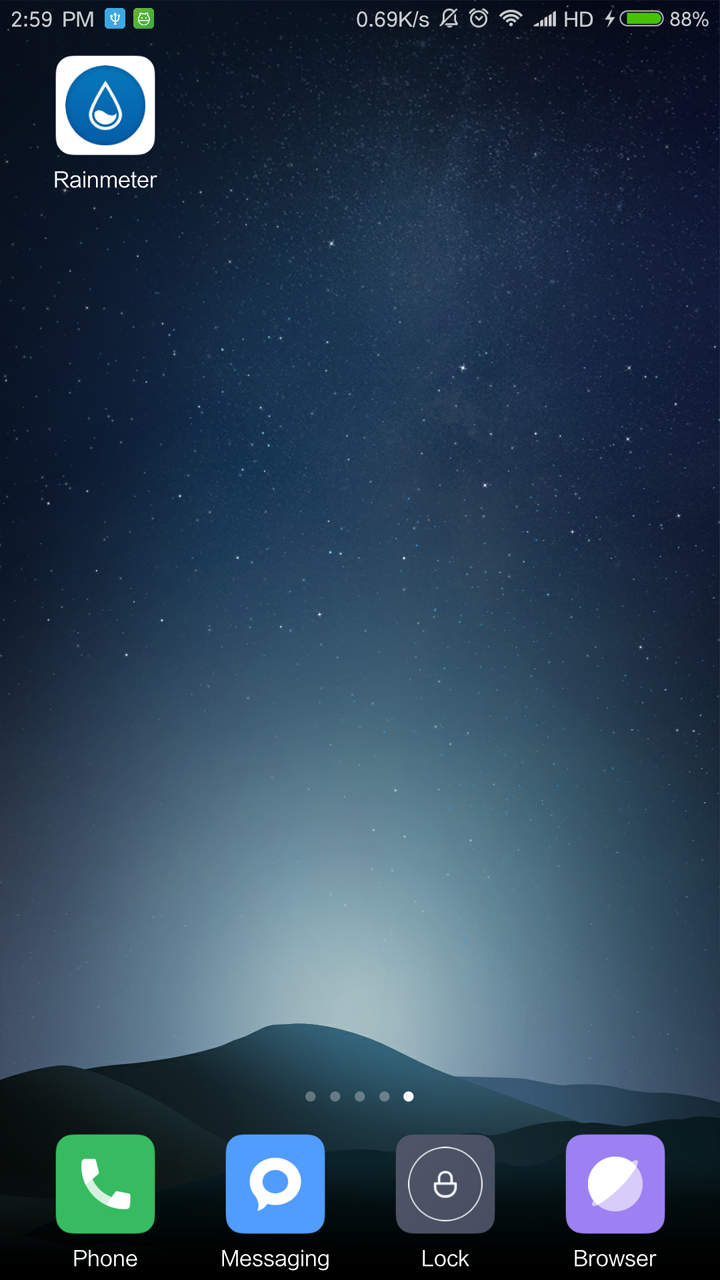 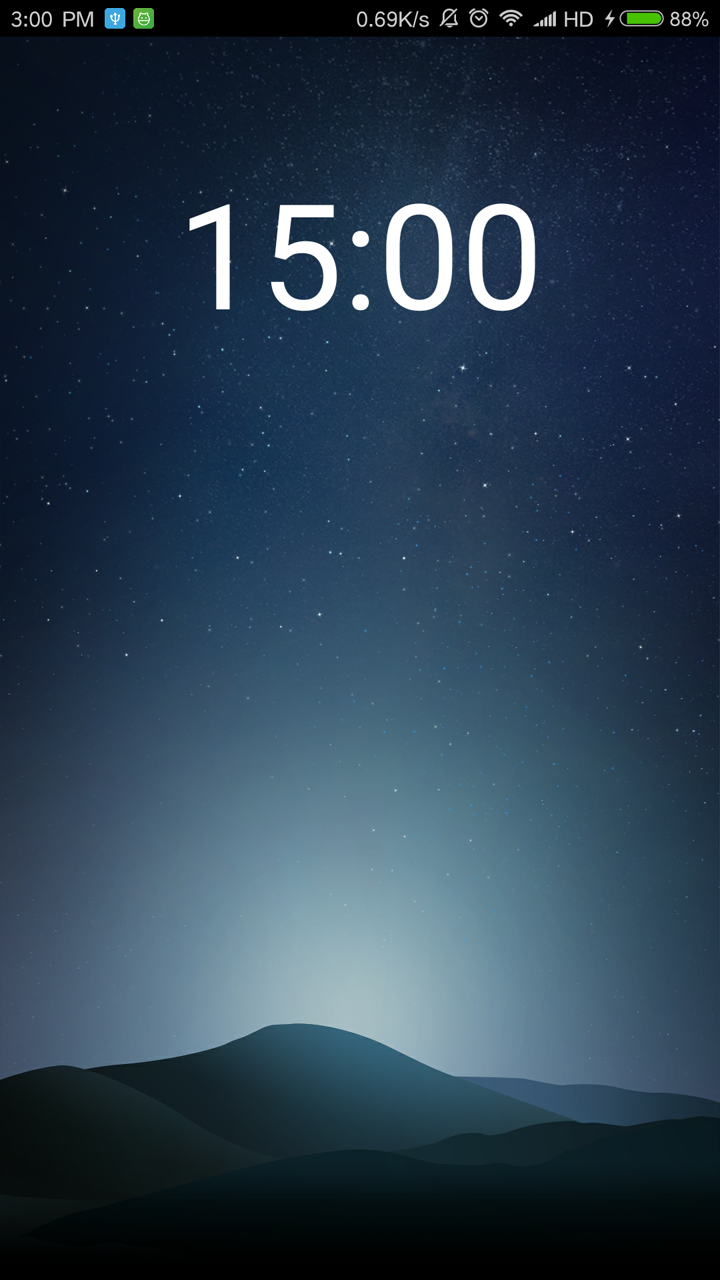 Here is my take on it.

Rainmeter simply can't be ported to Android. Aside from the fact that most of the useful things that Rainmeter measures would require "root" access to the device, a great many of them, like Registry, or Uptime or RecycleBin just don't exist in the context of Android.

While you can no doubt create some simple "widgets" to display the time and date and maybe battery level or disk space, there is just no way you are going to approach the level of functionality Rainmeter supports in Windows.

The implication of this, calling this "Rainmeter" and using a "skin" format similar to Rainmeter, is that skins written for the actual Rainmeter are going to work on Android. That is not, and cannot, be true.

That implication is unacceptable to us. Backwards compatibility, the ability to run any skin written for any older version of Rainmeter in any newer version of Rainmeter, is just about the the most important thing to us. Unless I can simply copy my existing skins to my Android device, and they run as expected, it's not "Rainmeter".

Given that, I would like to make it clear that while the Rainmeter code is entirely and proudly open source, the name "Rainmeter" is not. We own it. We are not going to be happy while someone absconds with our identity to put out something that isn't actually Rainmeter, but is just leveraging the Rainmeter name. While we certainly don't have profits or a bottom line to protect, our reputation and the good will of our community is of great value to us.

I know your intentions are good. I understand the charm of having something like Rainmeter, something that allows unlimited customization by the end-user, and displays useful information in the form of "widgets" in Android. By all means create AndroidMeter or RainWidget for Android and tout it as "similar to Rainmeter for Windows", or "based on Rainmeter for Windows". You can do ANYTHING you want with the code, as long as you adhere to our GNU GPL v2 licence. We would rather you not use the name or icon for Rainmeter for this effort. We just don't want the confusion for our end-users, any support headaches for something we don't own or control, or any damage to our reputation.
• deviantART Profile • Current Desktop • Rainmeter Manual •
Top

Also again it is just not possible to port all of Rainmeter not just to Android but to any other OS because of how the whole system works. Any "port" of rainmeter would have to achieve all of the following with 100% backwards compatibility.

.ini parsing, easy enough until you realize just how many options and the like there is.
A rendering system that is pixel perfect the same because you likely will either not be able to or not want to use most of the GDI+ rendering code.
Adding in all of the various measures, even ones that don't make sense on that system as they still have to report a realistic value. So you will have to add some sort of trash measure even though android does not have a trash. And most of nowPlaying now will just not make sense on your new system so you might as well throw that away and fake it.

No let's say you managed to do all that. Congrats you now might be able to use the example skins on the documentation, anything more complex than that however won't work.

So now you will need to implement Lua scripting assuming your system can run all the lua functions possible in our version.
Also at this point you will now run into various skins using hardcoded paths or using internal lua commands expecting windows like paths. You will now have to correct all of these.
Also good luck getting any skin that uses an external exe to work.
Also you will now have to find every single plugin ever built and the source for it change it to work on your new system and compile it. You will also have to keep up to date with all future versions and compile them but not update them until the user goes to install a newer version because who knows what they might break in the newer version.

I also probably missed several things and even if you could do all this you probably still would have random skins not work. So congrats you have Rainmeter now working on a new OS, the same rainmeter that is not multithreaded, was never really built for complex animations, and you now have spent so much time that starting from scratch and just focusing on making good skins or porting the ideas of several skins probably would have been a better idea.
• Github Profile • Current Desktop • WebNowPlaying •
Top

garryjoshi wrote:Wow! I would LOVE to have Rainmeter for my Android phone. How long more it will take for you to complete the app? Omg I am really excited

I think he finally realized that it is just basically impossible for one to make it work on Android in any meaningful way.
• Github Profile • Current Desktop • WebNowPlaying •
Top

DaisyQ:
Sorry for my misspelling, my native language is Spanish, I support your idea of a rainmeter, but not necessarily for android as we know it today, it would be a fantastic idea to think that there are already thousands of widgets for android is very mediocre, it The beauty of life is to realize that nothing is done and nothing is as it really should be; In my opinion rainmeter is the link to make a new operating system maybe even better than ios, than andoid and windows or another known, I support the idea of creating a rainmeter for android and I hope even for harmony.
Top

They have wondered why to continue in the science that already exists and not discover the new ones, remember nothing is done and nothing is as it should be. Rainmeter is even a good option, that is to say, grab the win or mac skins that are made and You no longer have to create new ones and stop depending on the old. True mediocrity lies in believing that what exists is everything and is well done.
Top
28 posts