This is my MYiniMeter suite of skins for Rainmeter!
MYiniMeter_1.4.0.rmskin
It's a suite made from various individual skins, supporting multiple device/item instances available through scrolling and has also a calendar available. The suite comes with all the required Rainmeter plugins (32-bit and 64-bit versions of MSI Afterburner plugin ) and 2 layouts - Horizontal and Vertical:

- The Horizontal layout places the skins at the top of the screen, being applied by default at installation, since this suite was specifically designed to fill the (presumably) free space on the operating system windows' titlebars and always stay Topmost. Thus, the skins had to be kept at a minimum, while also attempting to display/provide the maximum information possible. That is why some informations had to be accessed either via tooltips or mouse scrolling. Don't worry though, the critical information is being displayed normally.
MYiniMeter - Horizontal.jpg
- The Vertical layout is the alternative to the horizontal one, placing the skins near the bottom-right corner of the screen, close to the taskbar, while leaving some space available for potentially horizontal or vertical scrollbars on maximized windows. Unlike the Horizontal layout, this one does take some "viewable" space, but at least things are kept to a minimum - plus there's the semi-transparent look, which makes it look better...
MYiniMeter - Vertical.jpg
Now some useful tips...

Requirements:
- Unwinder's MSI Afterburner (for displaying the temperatures) : it must be installed and running
- latest Rainmeter version, obviously

Steps to install:
- install the requirements above
- make sure MSI Afterburner is running on your computer
- download the skin and simply run it

Notes:
- the Information section when clicking a skin in the Manage Rainmeter window tells you everything you need to know about the skin's behavior and functioning (like left/right mouse clicks, mouse scrolling, etc).
- if you need to modify things (like the Weather location code, for example), see the Settings skin or check the .inc files in the 'Documents\Rainmeter\Skins\MYiniMeter\Settings' folder, especially the 'Variables.inc' file.
- if you want to make the skins larger, simply increase the TextSize variable in the Variables.inc file or set the font Size in the Appearance page of the Settings skin.
- if the skins don't display the CPUs / GPUs' temperatures : this is either because MSI Afterburner isn't running on your computer or displaying the temperature of your particular CPU / GPU is not supported by MSI Afterburner. In both cases, it's not "my fault", so no point complaining here or on DeviantArt page over it. If you conclude that showing your CPU/GPU's temperature is not supported by MSI Afterburner, you can always replace it with an alternative software, like HWiNFO, but you'll have to also install the appropriate plugin for Rainmeter and make the appropriate modifications to the Processor and Video skins (check the respective forum's thread for further information/hints on how to do that). 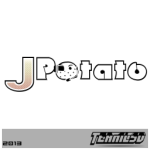 I'll go take a look at your DA gallery too ^^
Top

I'll go take a look at your DA gallery too ^^

Thanks. It'll become even more interesting after I complete my Feeds skin, which will be available in the next update of the suite. It will feature a news ticker style for the feeds - they will be scrolling on the skin, much like the TV news tickers, plus you'll be able to move backwards/forward using mouse scroll, tooltip the summary of the hovered feed and finally being able to "access" the actual hovered feed in the browser to read it all.

My DA gallery has, besides this suite, a skin I made several years ago for PotPlayer (the twin media player of KMPlayer). It had a decent success, lol - 3 downloads per 8 views is a good "performance" on DA

I created some interesting skin (but for myself only at the moment…), and there's one that is a multi web search, using a dropdown menu I can chose one of the 10 engines to search some keywords, I want to add more engines later and then want to make a "page-like" system that display each times 10 buttons… I already created some skins that have multi-pages systems, but I always search a way to use the scroll mouse button, and arrow keys to navigate… the hotkey plugin don't want to work (correctly) for me too.

Well I look forward for your release, need to go check your page too ^^"
Top

Yep, I had to use mouse scrolling/tooltips since I wanted to keep my skins here small and "minimal", and sometimes the data that I wanted to be displayed was more than a 2 lines mini-skin could incorporate.

The new release would have been done already if I wasn't such a picky guy and wanted to make the Feeds skin behave exactly the way I want too, haha! I want it to work with literally hundreds of Feeds and i'm looking for ways to use as few measures and meters as possible, to minimize the resource consumption (which is very low anyway, by the way). Plus, I will probably replace the regular tooltips with 'fake tooltip' skins all over the suite, since it was already implemented successfully in my Feeds skin and they offer a great advantage in terms of alignment, personalisation, etc.

So my next release will probably be a "major" update, instead of just adding a Feeds skin

This is merely a notification post, since editing a post from 4 years ago apparently doesn't bring it to "foreground" in order to be more visible when browsing the Share Your Creation section of the forum. MYiniMeter suite has been updated to version 1.3.0, you can check it or download it in my original post on Rainmeter's forum here.

This includes my infamous "10,000 feed items" skin, which caused a bit of confusion regarding its purpose lately. If you're interested in seeing how it works, have a look at it.

Finally, after way too much time rewriting, adjusting or testing new stuff and approaches, the 1.4.0 version of MYiniMeter suite is released - download link in the first post of this thread. Technically, it was done since quite a while, but got delayed for a similar amount of time. This proved to be beneficial though, as I corrected or improved various things in the process. Enjoy!
DeviantArt Profile
Top

I recommend this skin as powerful example how to compress and optimize whole galaxy into a small super speed neutron star with 0% CPU comsuption. It is amazing, if you look inside. GREAT JOB!

deflore08 wrote: ↑November 4th, 2020, 7:06 am I recommend this skin as powerful example how to compress and optimize whole galaxy into a small super speed neutron star with 0% CPU comsuption. It is amazing, if you look inside. GREAT JOB!

Haha, thanks. As long as it doesn't turn out to be a black whole, it's all good...